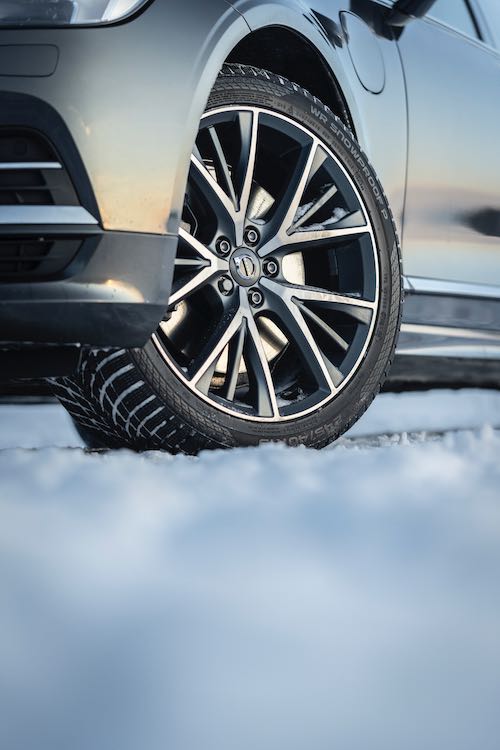 There is no doubt that you get the ultimate performance in severe winter conditions from dedicated winter tyres. This is true for both studded tyres and non-studded tyres. This is because their specialized tread and rubber compound doesn’t have to compromise for other seasons and is especially adapted for snow and ice along with freezing temperatures. Studded tyres also give additional grip which comes in handy on ice. Countries in Europe have different laws when it comes to winter tyres so it’s important to look into the laws concerning the country where you live and also if you plan to travel you will need to look into the countries you will visit or drive through.

Depending on where you live there will also be a difference for when to change into winter tyres as in some countries winter starts as early as October. Keep in mind that the general indications for winter tyres is when the temperature drops near freezing. This is as the special rubber compound of winter tyres are able to stay soft even in cold weather. What about the studded tyres? Well, basically there are some countries that studs while others allow only non-studded tyres on their roads, so once again it’s important to be aware of the laws in the country where you live. Winter tyres will improve traction, braking and handling, with today’s winter tyres not being designed to perform just in snowy conditions, but perform better on cold, dry pavement as well. The big drawback with winter tyres however is the need to change tyres once the winter season is over. This is because the winter tyres are not made to be used in other seasons, but winter and countries have laws restricting the use of studded tyres after certain dates. For all winter tyres they should only be used during the winter season and then changing them to summer tyres for the warmer months.

When buying new winter tyres for your car, it is important that you purchase a full set of four tyres as that will help maintain control and stability of your vehicle. This is because if you have different grip on the rear or front axle the car will over or understeer, making it more difficult to control. You should always try to have similar grip on all four positions, which is also one reason why it is important to rotate the tyres during the year.

Whether you invest in studded or non-studded tyres, you will be able to handle the toughest of winter conditions and if you live in an area with severe winters you will not be disappointed in their performance? If you are not willing to change over to winter tyres in the winter, then all-weather tyres can be considered as they also hold the “3–peak mountain snowflake” 3PMSF- symbol signifying their use in severe winter conditions. If the area where you live has mild winters, then maybe even an all-weather tyre would be enough and then you could use them all-year round.